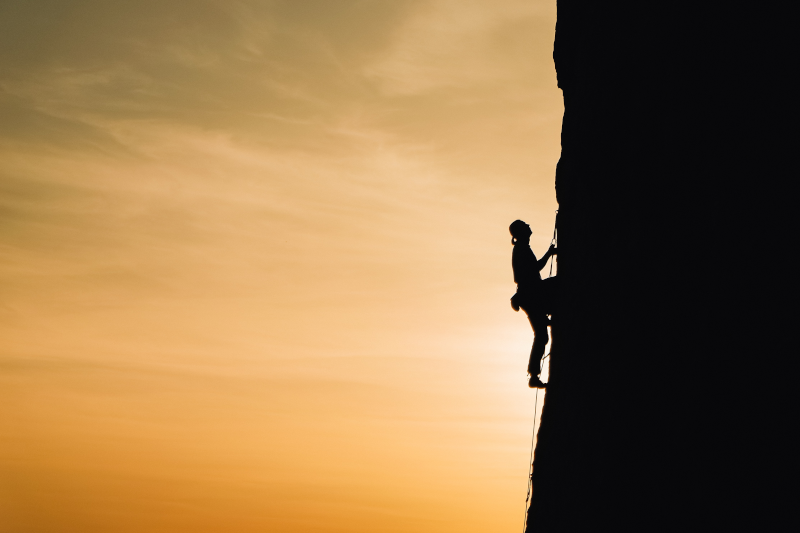 We compromise our faith when we put our trust/faith in anything or anyone other than God. Including self. Often times we feel the pressure from situations and circumstances in life and it is very natural for a person to want to pick up the problem/care/worry/fear and try to fix it themselves. When we look to our own ability, and the strength of our own arm, rather than God’s ability and strength for us, we’ve just compromised our faith.

A great example was Adam in the beginning of creation. In the garden of Eden Adam had an unbroken relationship and fellowship with God. He walked and talked with God in the cool of the day (Gen. 3:8). Adam’s needs were met spiritually, soulishly, bodily and socially. He lived in paradise, with more than enough fruit, the perfect climate, and a beautiful “help meet.” What more could a man ask for? Yet he was tempted in his heart, and because of Adam’s sin, he came under the authority and dominion of satan, who then became the god of this world/age (2 Cor. 4:4).

Adam’s state before switching kingdom’s was rest, peace, abundance, and provision. He was experiencing life to the full until it overflows. But after he switched his submission to satan, he then had to toil for everything. He came under a curse. Under God’s authority he reigned as a king, living by faith, and abounding in life, Adam was under The Blessing of God. But under satan’s authority he came under a curse. Remember Jesus told us that the thief (satan) comes to steal, kill and destroy (John 10:10).

Genesis 3:19 New International Version
By the sweat of your brow you will eat your food until you return to the ground, since from it you were taken; for dust you are and to dust you will return.”

Proverbs 10:22 New King James Version
The blessing of the Lord makes one rich, And He adds no sorrow with it.

One translation of Proverbs 10:22 says “and hard work adds nothing to it” (GW). Another translation reads, “neither does toiling increase it” (AMPC), while another reads, “for it comes as a blessing from God” (AMP).

The curse in this world’s atmosphere requires those who live under it to toil, sweat and struggle to meet their needs, while the blessing of the Lord brings increase and prosperity without toil, and hard work, because it comes from the blessing of God. Now that doesn’t mean you and I don’t have any work to do. God has placed a calling on our lives and each one of us will have to discover what that is and pour our lives into it. But when you’re doing what God has called you to do, you will be grace to do it, and you will find great satisfaction in fulfilling your purpose.

The grace of God on your life does all the heavy lifting! I love what the Gospel of Matthew in The Message Version of the Bible reveals about the grace of God.

Matthew 11:28-30 The Message
“Are you tired? Worn out? Burned out on religion? Come to me. Get away with me and you’ll recover your life. I’ll show you how to take a real rest. Walk with me and work with me—watch how I do it. Learn the unforced rhythms of grace. I won’t lay anything heavy or ill-fitting on you. Keep company with me and you’ll learn to live freely and lightly.”

There are “unforced rhythms of grace.”

Yes, Adam sinned, he switch gods, he switched kingdoms and he moved himself from under the blessing to being under the curse. But God through His great mercy, sent His Son Jesus Christ to come and restore our relationship with the Father. Through Christ we can enter back under The Blessing of God. In fact, it says in Ephesians 3:1, “Blessed be the God and Father of our Lord Jesus Christ, who has blessed us with every spiritual blessing in the heavenly places in Christ” (NKJV). One translation says, we have been blessed with every spiritual blessing that Heaven itself enjoys.

Another great example of uncompromising faith is seen in the lives of Shadrach, Meshach and Abed-Nego.

Daniel 3:16-28 New King James Version
Shadrach, Meshach, and Abed-Nego answered and said to the king, “O Nebuchadnezzar, we have no need to answer you in this matter. 17 If that is the case, our God whom we serve is able to deliver us from the burning fiery furnace, and He will deliver us from your hand, O king. 18 But if not, let it be known to you, O king, that we do not serve your gods, nor will we worship the gold image which you have set up.”

24 Then King Nebuchadnezzar was astonished; and he rose in haste and spoke, saying to his counselors, “Did we not cast three men bound into the midst of the fire?”

They answered and said to the king, “True, O king.”
25 “Look!” he answered, “I see four men loose, walking in the midst of the fire; and they are not hurt, and the form of the fourth is like the Son of God.”

26 Then Nebuchadnezzar went near the mouth of the burning fiery furnace and spoke, saying, “Shadrach, Meshach, and Abed-Nego, servants of the Most High God, come out, and come here.” Then Shadrach, Meshach, and Abed-Nego came from the midst of the fire. 27 And the satraps, administrators, governors, and the king’s counselors gathered together, and they saw these men on whose bodies the fire had no power; the hair of their head was not singed nor were their garments affected, and the smell of fire was not on them.

28 Nebuchadnezzar spoke, saying, “Blessed be the God of Shadrach, Meshach, and Abed-Nego, who sent His Angel and delivered His servants who trusted in Him, and they have frustrated the king’s word, and yielded their bodies, that they should not serve nor worship any god except their own God!

When we don’t compromise our faith God gets all the glory, and it comes with promotion for you!

1 Peter 5:6-8 New King James Version
Therefore humble yourselves under the mighty hand of God, that He may exalt you in due time, 7 casting all your care upon Him, for He cares for you. 8 Be sober, be vigilant; because your adversary the devil walks about like a roaring lion, seeking whom he may devour.

If you’ve been struggling, toiling trying to hold things together, trying to get the promises of God by your own strength, its time to give it to God. It is time to cast all your cares unto Him and put all your trust in Him. Let God be God in your life. When we take on the cares of this life, it is a form of pride and when you are in pride you are actually resisting God’s grace, and compromising your faith.

God loves you tremendously, He is a good, good Father and His Grace for you is abounding and manifold. You can trust Him. You can believe the Love God has for you, when you do, you can expect Him to show up and fight your battles for you! So don’t compromise your faith, keep trusting in God, because those who believe to end shall be saved (Matt 24:13 EXB).

Pastor Jesse Knight has served for close to 20 years in ministry. He has a vision for awakening in Canada and a heart for God’s people, including pastors and the local church. Pastor Jesse has worked with multiple churches, traveled as an itinerant minister and traveled nationally and internationally teaching and preaching the kingdom.